Let’s look at this topic from two perspectives: First, the world requires us to consume less energy. Second, our pocket needs to spend less too. Thus, through the extremely famous energy efficiency, we strive for something that isn’t easy: to match our needs to the needs of the Planet. It’s worth trying, isn’t it?

In the recent years, the leap has been overwhelming since construction of new houses isn’t designed anymore without a high performance and a low energy consumption. But clearly, the National Institute of Statistics says that more than half of the houses in our country were built before 1980. Therefore, energy consumption awareness was less than a thought project.

That puts us in a situation before a major boom: the boom of comprehensive reforms. That is, as recently said in an online journal, “Transition to green is already here.” Let’s analyze the reasons.

First, “what does energy efficiency of a house consist of?” It’s an average annual energy consumption at home while it’s being inhabited and frequently using different elements that consume energy such as water, appliances, light, etc.

The data gathered are measured in kilowatts per hour per square meter in a year (kWh/m2) and in kilograms of CO2 per square meter (CO2/m2). Based on the results by measuring these parameters, it gets a housing classification obtained in the energy efficiency certification. It begins from A, which would be the best possible level and up to G, which would be the worst.

The most recent studies show that by increasing two levels in that scale from A to G through building improvements, the selling or renting price of the house involved can increase up to 10% or even more. Also, let’s not forget that we’re doing a favor to the environment.

The big gamble of the banks: green mortgages

In Spain, there’s been a major explosion of green mortgages. Meaning to say, the mortgages wherein banks will reward those who buy houses that are energy-sustainable.

What do green mortgages consist of? These are mortgages with a certain type of bonus: for example, a discount in the interest rates or in any of the commissions collected in these financial products, such as the commission for opening or by increasing the percentage in the mortgage of the property’s value (LTV, Loan to value) by more than 80%.

It’s not only bank companies that have developed one up to the moment and beyond. It’s because a part of Europe’s funds for the recovery is meant to optimize energy material.

So if I have an old house, how can I improve its efficiency?

Let’s now analyze what can be done to improve the qualification of our home. Remember that houses are the third most contaminant element, only a step behind industry and transport. Improvement is absolutely necessary.

First, we have to put the attention in two important factors: the climate conditions of the area (e.g. near the sea, wind, snowfalls, altitude, etc.) and the size of the house (e.g. the biggest possible that are usually there, in fair conditions, better qualification than the small houses.)

We also have to pay attention to what’s called as “the surrounding,” which isn’t different from the relationship between interior and exterior spaces (thermal bridges, enclosures, gaps, etc.). The insulation capacity will depend so much on the quality of the materials, profiles, blinds, glasses, etc.

Given this introduction, let’s see some examples of where efficiency can be improved at home:

– Heating: Using eco-efficient systems such as condensation or biomass boilers will help much in lessening the consumption to keep a warmed up environment. And even more if we use underfloor heating.

– Water: This is another essential element: It’s not only because of its shortage, but also we usually use too much energy to heat it. In this sense, water savers have been developed (AcquaTempus) that limit the maximum time in shower. For example, it’s used to avoid the faucet running for more than necessary. Regions such as California, Texas, Arizona, Spain, Chile or Greece present several water problems and saving water is vital.

-Renewable energies: It’s the use of energy generated by light from the sun, wind or through geothermal o aero thermal sources. It will reduce the emission footprint of our home and it will lower our bills. In Spain, photovoltaic installation in factories, offices, and houses has been launched. This involves reduction from emissions and electricity bill.

– Insulation: More importantly than heating a lot, it’s essential for heat not to escape and coldness not to enter. This is by checking that a good insulation and sealing help reduce consumptions up to 60%. We have to focus ourselves in insulating walls, roofs, and putting insulating windows.

At times, implementing these improvements isn’t easy: Installing solar panels, windows with thermal bridge break, improvements in insulating walls in very old houses, buying top level appliances, etc. All these are expensive, and in some cases it even needs complex works.

However, we can definitely say that in midterm and beyond, if it’s long term, any of these investments can be paid back with the saving that reduction of home energy maintenance expenses produces. Given the high costs of energy, what’s truly difficult is to live wasting energy whereas we can save it.

And let’s not forget that we’re all doing a favor to the Planet. Transition to green is already here. Let’s celebrate it! 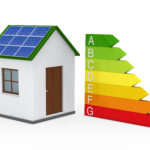 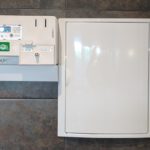